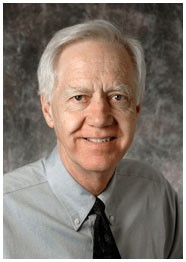 The G. Terence Wilson Outstanding Graduate Student Research Award is a $500 award given annually to graduate students in the Rutgers University Psychology Department Clinical Psychology Program for innovative and rigorous clinical research. The G. Terence Wilson Outstanding Graduate Student Research Award was created in 2022 to honor distinguished Clinical Psychology Ph.D. Program member Oscar Krisen Buros Professor Terry Wilson. Dr. Wilson served as a member of the Rutgers Psychology Department and Clinical Ph.D. Program for several decades during his illustrious and highly productive research career that pioneered and championed research and practice of behavior therapy. He served as Department Chair and Clinical Program Director of Clinical Training, the latter on more than one occasion. He also held numerous leadership positions in the field, including serving as the president of the Association for Behavioral and Cognitive Therapies and Editor-in-Chief of Behavior Research and Therapy. Dr. Wilson was a champion for innovative clinical research ranging from eating disorders to dissemination and implementation of evidence-based interventions worldwide. With this award we recognize, celebrate, and promote Dr. Wilson’s cutting-edge approach to clinical research in recognizing outstanding graduate research consistent with Dr. Wilson’s rigorous standards! The Wilson Research Award is intended to recognize outstanding and innovative research by graduate students. Student research submissions must be theoretically-grounded, methodologically rigorous, and rooted in cognitive-behavioral principles. Research on dissemination and implementation science is particularly encouraged. The award is intended to recognize graduate student research accomplishment and, therefore, the nomination should be based on work that was done primarily by the student while in graduate school. However, the research on which the application is based does not need to be current or from the past year as long as the work was done as a graduate student in the program. A student can only receive the award once during their tenure in the Rutgers Clinical Ph.D. Program. The first call for submissions for the G. Terence Wilson Outstanding Graduate Student Research Award will be released on June 1st, 2022, the application is available here.